Last week I was in in Peking to negotiate the arrangements for the symposium "The Archery Culture of China" that ATARN will co-organize on 16-17 May 2001. I shall be putting up more details later, but the present plan is for a two-day event, of which the first day and a half will be a lecture programme in Chinese or English with simultaneous interpretation. The Afternoon of the second day will include an exhibition of bow-making, demonstrations of Chinese and national minority archery skills and related events. Our co-organizers, the Chinese Yan Huang Culture Research Association, has lined up top-notch speakers, including experts from the Chinese Academy of Social Sciences and the People's Liberation Army.

I had the pleasure of interviewing Zhang Shaojie, a performing artist who has devoted his life to performing feats developed from the old military examination system. His performances included weightlifting, pulling heavy bows and shooting with the pellet-bow.

Zhang is the fourth generation of performers and he is very well-known in China. From his great grandfather, Zhang Yushan, through his grandfather, Zhang Baozhong, and father Zhang Yingjie, he has developed performing skills based on the feats that candidates for the military examinations in the Qing Dynasty had to perform.

"We had our own performing troupe and a medicine shop as well. We used to perform in the streets behind the Temple of Heaven and sell our medicines to crowds attracted to our bow-pulling acts," recalls Zhang. Later on, we formed into a proper performing troupe in a circus performance. We had bows of over 100 pounds draw-weight and we performed feats of strength with several of these bows linked together."

"Another act was lifting a  heavy stone. Actually, the stones were horse-mounting blocks called 'zhishi'. First we lifted them with two hand onto one knee, then after preparing, we lifted them high enough against our chests so that the audience could see the bottom of the stone. The we put them back on the ground."

"We used to make our own pellets for the pellet bow act. Everything went into them: hair, paper, lead and clay. Then we baked them hard. The act we performed required using a pellet to put out candle flames at a range of a few metres. My wife is the crack-shot at that. But now neither of us performs and we do not take on any students. It just takes too much time for practice. No-one has the time for that these days. And the other thing is, it's difficult to make an attractive stage performance out of shooting with a pellet bow."

"We used a pellet bow with two parallel strings. If the draw-weight is heavy, we can use a thumbring. You draw the string back to the corner of the right eye and aim over the left thumb at the target. As you release, you twist your left hand outward slightly to avoid hitting your thumb. Hitting you thumb is called 'jiao mer' ('calling out at the doorstep'). We couldn't take bows made in North China down to the south because of the humidity. My grandfather used to get lacquered southern bows made in Fujian."

Zhang Shaojie is preparing to recreate his act for the symposium in May. He asked me what he would have to do to join ATARN. He was surprise to learn that anyone who regards him or herself as a traditional Asian archer is automatically am member!

A member has asked me whether I had pictures of tools used to make traditional Mongolian and Chinese Bows. When I was in Mongolia, I found that the bowyers were using western industrial tools; but with the assistance of Ju Yuan Hao, I have prepared the following group of photographs. (© Stephen Selby, 1999. Copyright reserved.) 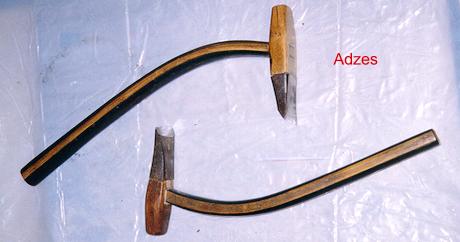 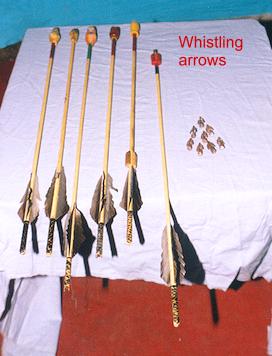 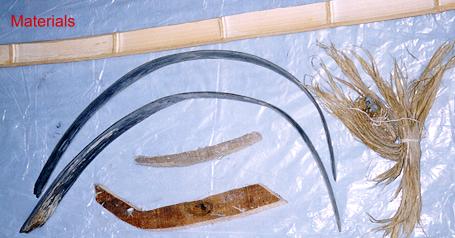 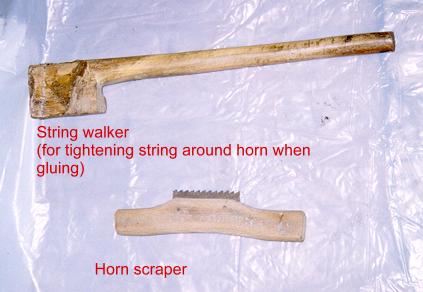 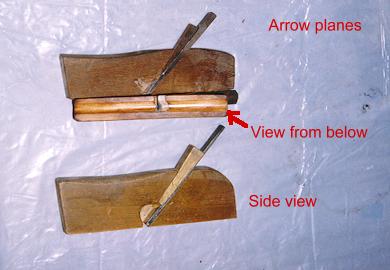 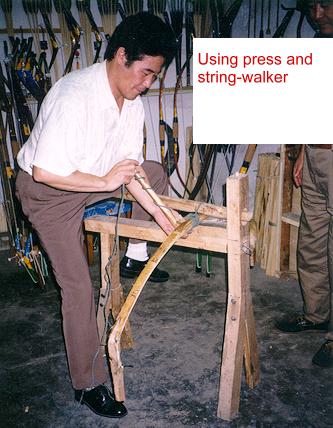 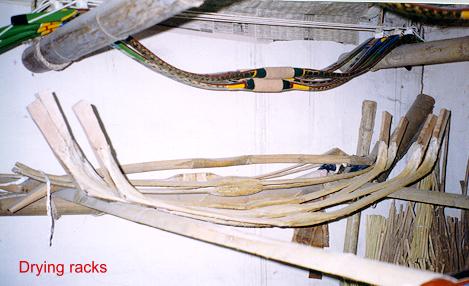 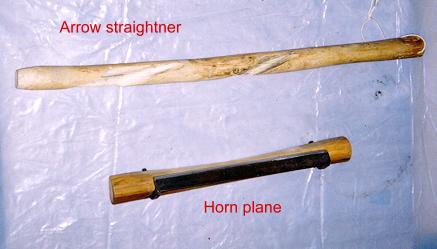 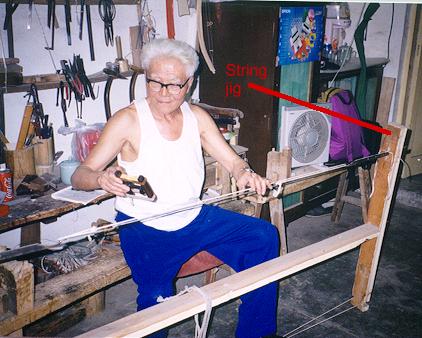 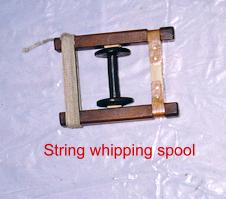